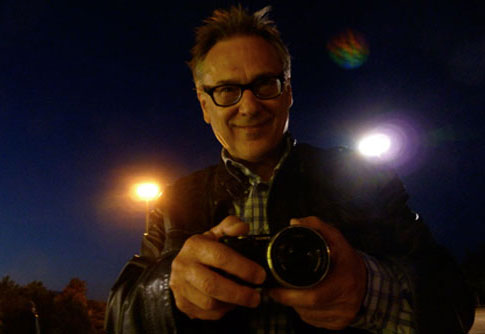 Boris Gerrets is an internationally acclaimed documentary filmmaker and an accomplished visual artist and film-editor. Born into a Bulgarian-German family, he grew-up in the Netherlands, Spain, Sierra Leone and Germany. Boris Gerrets’ films are close-ups of local environments, which he describes as ‘biotopic explorations’. He delves into the anonymity of the urban space, bringing to light life on the fringes, which often remains obscure to the passing person. This leads him to unexpected encounters that drive the narrative of his films.

Gerrets sees the camera as a tool that creates a social dynamic between him and his protagonists. The editing process is for Gerrets a way of stripping down and reconfiguring what has been garnered in reality, into a phenomenological space that speaks about the human condition. His role as filmmaker and the process of filmmaking is always at issue – either implicitly or explicitly - while he intentionally explores the gap between the factual event and its fictional and poetic meaning. Gerrets’ cinematic approach contains a strong performative component and relies heavily on his multidisciplinary background in fine arts, dance and theatre.